The Fountainhead Essay Contest is an annual contest on Ayn Rand’s novel The Fountainhead, a work where Rand puts forth her views on individualism versus collectivism. This contest awards up to $5,000 to high school juniors and seniors!

Who is eligible to apply for the Fountainhead Essay Contest?

Entrant must be enrolled as an 11th or 12th grade student (ages 16-18) at some point during the year in which the contest is being held.

Students are permitted to submit one entry per year.

How do I apply?

To enter, students must write an essay responding to one of three prompts on Anthem:

Essays will be judged on whether the student is able to argue for and justify his or her view—not on whether the Institute agrees with the view the student expresses. Judges will look for writing that is clear, articulate and logically organized. Winning essays must demonstrate an outstanding grasp of the philosophic meaning of The Fountainhead.

Essays should be written in English only, and should be between 800 and 1,600 words in length, double-spaced.

How much is awarded through the Fountainhead Essay Contest?

The award amounts are as follows:

When are the Fountainhead Essay Contest applications due?

The deadline to submit your essay and application is April 28, 2022!

Submit your essay through the online application portal accessible at aynrand.org/contests. Students unable to submit their essays electronically should contact [email protected] to arrange another option.

Best of luck to all who apply! For more writing contests, check out our list of writing & essay scholarships! 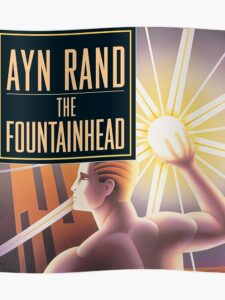 Where can I apply?
Apply