What is the difference between college and university?

The terms “college” and “university” are often used interchangeably in the United States, which can be confusing for students trying to figure out the difference between the two. Although they’re both institutions of higher education, there are key differences between colleges and universities that students should know about when deciding which type of education they’d like to pursue.

Liberal arts colleges are four-year institutions that offer bachelor’s degrees. Rather than specializing in a single academic area, liberal arts colleges provide students with a well-rounded education that typically includes a broad range of subjects including humanities, mathematics, and the creative arts. Students ultimately narrow their focus by picking a major, but they are still exposed to the liberal arts curriculum through general education courses.

Also referred to as junior colleges, community colleges are two-year institutions that primarily award associate degrees for specific areas of study. Community colleges generally have affordable tuition rates and smaller class sizes. After obtaining their associate degree, some students transfer to a four-year college or university to pursue their bachelor’s degree, while other students immediately enter the workforce.

Like colleges, there are different types of universities. The main distinction you should know about is between private and public universities.

College vs. University: What’s the Difference?

Meanwhile, universities offer a variety of degrees including bachelor’s, master’s, and even PhDs. Additionally, universities oftentimes have associated professional schools for law, medicine, and business.

Because colleges are focused on providing one type of degree program, they often have smaller class sizes and campuses. Classes are usually composed of no more than 30 students, allowing for more personalized instruction from professors. College campuses also tend to be smaller and more intimate, making for a more closely-knit community.

Since universities are larger institutions that offer both undergraduate and graduate degrees, class sizes tend to be on the larger side. However, class size depends greatly on whether the university is public or private. While private universities feature smaller class sizes ranging from 20 – 30 students, lecture halls at public universities can seat hundreds of students. Additionally, universities are known for having sizable campuses featuring bustling communities and lively cultures.

Colleges typically feature fewer program offerings than universities. Many colleges, especially community colleges and technical colleges, include programs for one specific discipline such as engineering, graphic design, or nursing. However, liberal arts colleges take a broad approach to education by emphasizing the importance of studying a variety of academic subjects.

Universities typically feature a wide variety of program offerings, meaning that students have the opportunity to pick the courses that best align with their interests and desired career path. In fact, universities oftentimes feature smaller colleges that offer different programs of study. For instance, Texas A&M University is divided into nearly 20 colleges featuring programs such as agriculture, architecture, business, dentistry, and engineering.

Although some colleges have robust research programs, the majority of colleges place more emphasis on undergraduate teaching than research efforts. This means that students take classes led by professors who view teaching as their top priority, rather than research.

Universities are generally more devoted to research and oftentimes  feature an impressive array of labs and facilities to support research efforts. Sometimes, undergraduate teaching may take a backseat to faculty and graduate student research. Although professors may not view teaching as their top priority, students do get the benefit of taking classes led by some of the most highly qualified faculty in their respective academic fields.

Because there are different types of colleges, the cost of attending college can vary widely. For instance, community college tuition can be as little as $3,500 a year according to the National Society of High School Scholars. Meanwhile, the average annual price of tuition and fees for the 2020-2021 academic year at private colleges is $37,650 according to College Data.

The total cost of attending a four-year university can be quite steep when you consider the price of tuition, fees, room, board, and textbooks. In fact, a report by The Simple Dollar indicates that the average total cost of obtaining a bachelor’s degree from a four-year university in the United States is $127,000. Similar to colleges, however, the cost of attending universities can vary greatly depending on whether the intuition is public or private. Public universities are much less expensive than private universities.

Paying for college or university

Whether you decide on a college or a university, there will most likely be a financial cost. The most important thing to do is fill out the Free Application for Federal Student Aid

(FAFSA) by the due date for your state.  Take the time to familiarize yourself with need-based grants, student loans, and Income Share Agreements (ISAs). An entire section of the Scholarships360 website is devoted to financial aid, so make use of it!

Finally, before you find out the bottom line, make sure that you are applying for all the scholarships that you qualify for!

See also: How to pay for college (A step-by-step guide)

Pros and Cons of Colleges

Pros and Cons of Universities

Is college or university right for me?

Hopefully  you have a better idea of the differences between colleges and universities. As we’ve discussed, there are pros and cons of both types of institutions. Ultimately, your decision regarding college vs. university comes down to what you personally want out of a post-secondary education. 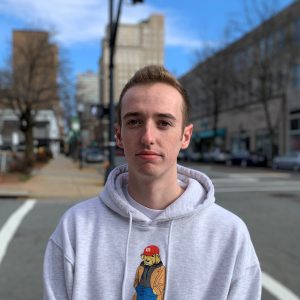 Zach is a content writer for Scholarships360 and is passionate about sharing his knowledge of the scholarship and financial aid system with high school and college students. He is also a freelance writer with a focus on music journalism and has contributed to publications such as Our State Magazine, Ladygunn Magazine, and The Nocturnal Times.

Zach graduated from Elon University with a degree in Cinema and Television Arts.

Top 50 Scholarships for High School Seniors in May 2021

How to become an independent student if under 24

Difference between BA and BS degree