What is a DO Medical Degree? 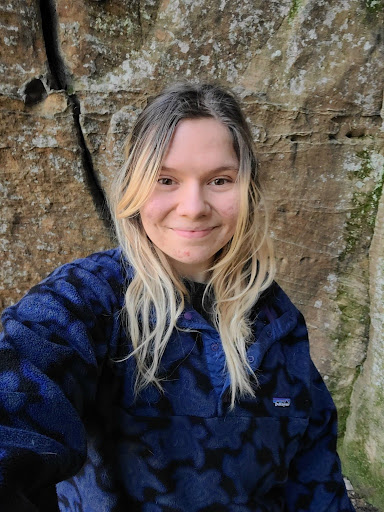 Cait Williams is a Content Writer Intern at Scholarships360. Cait is an undergraduate student at Ohio University pursuing a degree in Journalism and Strategic Communications. During her time at OU, Cait has become active in the outdoor recreation community and plans to study abroad in Spain. Full Bio
Learn about our editorial policies
Updated: December 20th, 2022

Let’s jump right in and start with a simple clarification about what a DO medical degree is! A DO medical degree stands for “doctor of osteopathic medicine.” It is not the same as an MD, (medical doctor), but it is similar and affords you most of the same privileges. Now that that’s established, we can get into the finer details about what a DO does and how they differ from MD’s.

This article will try to address the most frequently asked questions you have and clear up any confusion about what a DO medical degree is!

To start, we should address the most basic questions you have about DO medical degrees. This might be something you’ve had questions about for some time, but after today, you should be an expert! Let’s go!

Are MD’s and DO’s the same?

As we said above, an MD is not the same as a DO. An MD is a medical doctor, while a DO is a doctor of osteopathic medicine. You will, however, commonly see both MD’s and DO’s working alongside each other in offices and hospitals.

What does “osteopathic” mean?

Osteopathic is a term that emphasizes a whole view of the body instead of an individualized approach commonly used by medical doctors. You may also commonly come across the term “allopathic.” Allopathic refers to the training that medical doctors go through when pursuing an MD.  Be sure to keep osteopathic and allopathic separate in your head.

Is it quicker to become a DO?

For the most part, the answer is no. Becoming a DO requires that you complete your undergraduate degree, attend an accredited college of osteopathic medicine, and then complete a residency program. All of these steps are the same for aspiring medical doctors. Where the timeline may vary depends on what you would like to specialize in after completing your residency.

So, what’s the difference between an MD and a DO?

The main difference between the two is in the approach to how they study medicine and apply it to patients. Osteopathic medicine attempts to focus on the patient as a whole, considering things like their environment and lifestyle. Medical doctors use an approach that looks at an individual in parts.

You can find a much longer article about the difference between DO’s and MD’s on our website. For this article we will focus on what the DO side of things look like.

Related: How long is med school?

Where can you get a DO medical degree?

Okay, now for the heartier questions. Can you become a DO at any college? The answer is no, you cannot. In the US there are currently 38 accredited Osteopathic colleges of medicine. To become a DO, you will need to apply, be accepted, and graduate from one of these 38 schools.

Similar to medical programs, attending a DO program takes roughly four years to graduate from. DO programs also require you to have already completed an undergraduate degree as well as other steps, such as taking the MCAT.  During those four years, you will complete clinical rotations as well as class and laboratory instruction.

How hard is it to be accepted to DO programs?

It’s important to keep in mind that there are significantly fewer DO programs in the US than there are MD programs. So, while DO programs may appear more difficult to get into, their GPA and MCAT requirements may be lower or higher than some MD programs. Testing scores are important, but there are several other factors that schools will look at as well.

Further reading: How to get into medical school with a low GPA

What do you study as a DO?

For the most part, what you study will be similar to an MD. Both MD’s and DO’s take the same basic classes to set up their medical foundations. Where they vary is how they are taught to approach patients and how they treat patients, which will entail some varying coursework.

Some common classes taken by MD’s and DO’s

Okay, back to OMM! To start, it’s important to note that OMM and OMT are the same thing. For the purposes of this article, we will just say OMM. Osteopathic manipulative medicine is used by osteopathic physicians to try and treat the body through manipulation of the musculoskeletal system.

This definition may be leaving you more confused. So, let’s break it down a bit further. Manipulation, when used in the medical sense, is considered the therapeutic use or application of force to treat the body.

In OMM this means a hands-on approach that involves a patient either standing, sitting or lying down while a doctor moves or applies pressure to muscles, joints and other areas of the body.

The main purpose of OMM is to support the body’s ability to heal on its own and  to understand how injury in one part of the body can affect another.

Until recently, it was true that MD’s and DO’s would match to different residencies based on the residency’s accreditation. However, that changed in July of 2020 when the two councils that gave residency’s their accreditations combined.

Today, both MD’s and DO’s can match to the same residency programs. Along with this merger also came the decision to make changes to what testing is needed before being eligible for a residency slot.

How much does becoming a DO cost?

Cost is certainly an unavoidable topic when it comes to studying anything in the medical field. The good thing is that the cost differences between DO, and MD programs are fairly non-existent. How much a school costs will be based on whether they are a private or public institution, your residency status within that state, and where they are located in the US.

Just like paying for undergrad though, medical schools offer you lots of ways to fund your education! Below are just a few examples!

If tuition is weighing heavy on your mind, let us help you out by checking out some of our other articles that address how much medical school costs and how to pay for medical school!

Is becoming a DO right for you?

Considering that DO’s and MD’s are becoming increasingly equal in the field of medicine, it might be challenging to figure out which of these paths is right for you. We prepared some questions to help you decide.

Take some time to think through these questions. It’s okay if you don’t know all the answers. This is the time to identify what you may not know and spend time researching and finding answers!

There might be a lot of things in medicine that make you excited. It may be something simple or it may be something with a long story attached to it. The point is that you have an answer that reflects the things that motivate you to keep going

It’s okay if you don’t have any medical experience. However, you should make a goal of shadowing at least a handful of different physicians before applying to medical school

No doubt this will be a question you are asked many times. It’s okay to not know exactly where or what you wish to specialize in, but you should have at least a vague idea of what you plan to do with your medical degree in a larger sense. Medical schools want to give the space in their programs to those who show that they plan to use the things they learn

Questions to consider (DO specific)

A big part of being a DO is looking at people as a whole being, and not just at their medical file. Because of this, you should prepare yourself to spend time listening to what they have to say and asking lots of questions about their daily lives

OMM is a critical aspect of being an osteopathic physician. Working hands on with patients should be something you are prepared to do and are comfortable doing. If the idea of this seems weird to you at first, that’s okay, but you should prepare yourself for the fact that actively overcoming those feelings will need to be a part of your journey. As you gain more experience this should be a very manageable step

This may be a question you don’t know the answer to, but it should be something you actively think about. While DO’s and MD’s are becoming increasingly equivalent in the medical field, one can still have an edge over the other when it comes to being matched with competitive areas of specialization

Where do DO’s work?

DO’s can practice anywhere within the United States as long as they fulfill the requirements for the state they are practicing in. DO’s can also practice internationally in roughly 50 different countries, with partial practice rights in a handful of other countries.

Who do DO’s serve?

DO’s serve a variety of patients; just like MD’s, DO’s can serve in specialty areas and in more generalized capacities. There are really no areas where an MD could serve, but a DO could not.

Do DO’s make less than MD’s?

Don’t miss: How to go to med school for free