According to the National Coalition Against Censorship (NCAC) website,”Every year, the Youth Free Expression Program invites young filmmakers to create a short film on a contemporary First Amendment issue. Over the past 15 years, the YFEP Film Contest has showcased the films of dozens of teens whose vision and respect for free expression will inspire generations to come.”

Who is eligible for the Youth Free Expression Film Contest?

All members of the filmmaking crew must be age 19 or younger on the day the film is submitted.

What are the prizes for the Youth Free Expression Film Contest?

The top three filmmakers will receive cash prizes of $1,000, $500 and $250. The first place winner will also receive a scholarship to the New York Film Academy.

Judges will be drawn from a panel of renowned figures in film, political activism and the performing arts – previous judges have included playwright Tony Kushner (Angels in America) and film director Greg Mottola (Superbad).

When is the application due by?

All films must be uploaded to the YFEP Film Freeway page no later than Sunday, April 15, 2019.

Best of luck to all applicants! 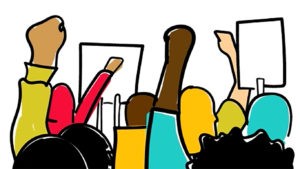 Where can I apply?
Sorry, this scholarship has expired.

“Mom to Scholar” Scholarship for Mothers