Why does study abroad have to happen during the fall semester of junior year? What would happen if a student spent their entire college experience abroad (or most of it)? The answer is that you could save a ton of money.

Here are a few countries you could consider if you want to combine globe-trotting with saving a ton of $$$:

Do you want to go to school in a dynamic, cosmopolitan city? No, this college is not Columbia, NYU, Harvard, MIT, or U Chicago (and unlike those schools, it is not over $50,000 in tuition). The school I am talking about is McGill University, which costs as little as $25,000 per year in tuition (Americans are able to save money because of the favorable conversion rate). McGill is a phenomenal school and also happens to be really accessible (you can actually take the train from Penn Station in New York City all the way to downtown Montreal). Canada is also home to other fantastic institutions such as the University of British Columbia, University of Toronto, University of Waterloo, and several others. All of these schools are incredibly affordable and also just plain incredible institutions.

Maybe Canada is not your thing? Going to college in the United Kingdom or Ireland can be similarly affordable. How about the University of Saint Andrews, where Prince William and Princess Kate attended? Saint Andrews is only about $25,000 per year for tuition, which makes it much more affordable than other American schools.

Most courses are available in both English and Japanese, so students from English-speaking countries are completely fine without knowing any Japanese (though APU is obviously a great place for students interested in learning the language). If you are interested in international business or Japanese culture/language, APU might be a great fit. The annual tuition is only about $12,500 and the University offers serious merit scholarship opportunities on top of that!

Germany has almost everyone beat by offering a tuition-free college education to all students (including international students). Here is a great article from BBC which discusses a few students who have taken advantage of these opportunities.

Going to a college or university outside of the country is not for everyone, but if you are open to it, you can save a huge chunk of money and get an international perspective!

Will is the co-founder of Scholarships360. He is a former guidance counselor and admissions officer who directed the merit scholarship program for a selective liberal arts college and has reviewed 10,000+ admissions applications and essays. Will graduated from Wake Forest University with a degree in history and from the University of Pennsylvania with a master's at the intersection of education and entrepreneurship. 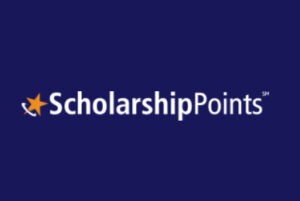